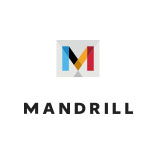 Email Trouble? Mandrill Is the Answer to Your Company’s Email Woes

When we built Content Runner, from the start we were sending a lot of emails to customers that signed up on the platform.

When we built Content Runner, from the start we were sending a lot of emails to customers that signed up on the platform. Users and writers need to communicate frequently and the first thing we did was setup an internal email system. Over time as our user and writer base grew, the emails on the system grew significantly. The types of internal emails that we were sending could be organized into the following buckets:

As the email volume grew significantly we noticed issues popping up from both writers and users. Some writers would let us know that they weren’t receiving status emails and some users would complain that when they signed up they never received the welcome to Content Runner email. We realized this was a huge problem, but we weren’t sure how to solve it.

Initially we recognized that certain email addresses were getting blacklisted by our server. There is a process to go through and white list a domain name and we tried that and it helped solve problems with a few customers. However there was another issue very difficult to solve, what about the people that never receive emails, but never contact you to let you know? That was the one issue we couldn’t figure out because we didn’t have any email deliverable metrics to see which ones were working and which ones were bouncing. We knew there had to be a better way to solve this problem and after much research we settled on Mandrill.

When we started looking into Mandrill we knew there would be a lot of work to move our email templates (we had close to 60+ different emails we were sending), but we were hopeful that this would help solve all of our email issues outlined above. It took Matt, our primary programmer on Content Runner, close to a week to recreate all of our email templates and move over everything to Mandrill. Then we flipped the switch and cut over to Mandrill for all our internal emails and it’s the best move we ever made, email problems are now a thing of the past.

You can see here from the list of Mandrill features that they have servers located all over the world with their own IP addresses (this is important) and they are experts at navigating the many trust issues that pop up between IP addresses and servers. We only send emails from the ContentRunner.com domain name, but with Mandrill you can send emails from multiple domain names under the same account.

My favorite Mandrill feature is the ability to view outbound emails. I have this tab open in Chrome all day so I can view the messages sent between our users and writers. This has been a huge source of inspiration for new features, when we see that users or writers are looking for something we don’t have built into the Content Runner platform we can prioritize that feature. Back when we were sending our own emails on our VPS, we had zero insight into the communications between our users and writers.

In addition, I now have the comfort of seeing that an email went through! I love it when I see that green “Delivered” status next to most all emails and I can see the overall deliverability metrics – 99.3% in the picture inserted above.

You can also use Mandrill on your WordPress blog to send email. You will need to create an API key so you can authenticate to your Mandrill account, but you don’t need a MailChimp account (though I would suggest you create one!).

Mandrill for WP is a very handy option if you have already set up your WP site and don’t want to do a custom API integration like we did with Content Runner. Installing a plugin is a snap and if you run into issues check out their FAQ here. Also if you have setup templates in MailChimp (we do this often) then you can use those same templates on your WP site for emails, if you install the plugin.

Any questions on how to install Mandrill on your site, let us know and we can help!