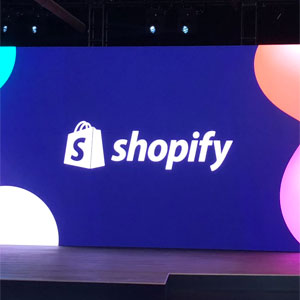 Just got back from Shopify Unite and it was amazing!

Just got back from Shopify Unite and it was amazing! This year Shopify held Unite in Toronto (the first 2 were in SF) and brought together ~2,000 Shopify employees, Shopify agencies, Technology companies and Shopify app developers. As I’m trying to mentally download everything I learned, I think it’s best to lay this post out in chronological order.

Arrived Sunday and attended the Klaviyo, Smile.io, Recharge and Returnly pre-Unite party. Had some great conversations with the Returnly folks, specifically Dave Campbell, Director of Product and Tony Keitel in Sales Development. Returnly has a neat value proposition for returns, by using Returnly merchants can credit their customers right away (paid by Returnly) which increases brand loyalty and drives additional sales. In addition, I met one of the cofounders of Recharge, Oisin O’Connor, Recharge is a subscription billing app on Shopify that has taken off like wildfire and many of our clients are using it already.

Monday was day Zero of Unite, this day was primarily intended for Shopify Plus Partners (like Ambaum) and Shopify app developers. Since we are considering developing a public app in the near future, I played hooky from the Shopify Plus event and attended the app development track. Gathered in the room on Monday were a number of app and theme developers in an open AMA format where they could ask questions of the Shopify app team. There are currently ~2,400 apps in the Shopify app store and many apps are waiting in the queue for review prior to going live. Here are some of the main takeaways from the AMA:

Tuesday was the big day. From 10am to noon, Shopify had all their top executives come on stage and lead with new product announcements. The energy in the room was outstanding and it really was an exciting 2 hours, here are the main takeaways summarized by speaker.

Tobi is one of the most impressive CEO’s I’ve seen and he didn’t disappoint for this Unite. What I like most about Toby is that he’s not a showman, he’s not a rah rah guy that is up there raving about Shopify. Tobi’s brilliance is that he’s not just thinking about Shopify, he’s focused 100% on merchants and making commerce simpler and easier for everyone. Shopify also announced it’s opening up a physical store that will be a space for people to learn about entrepreneurship and how to get started selling online.

Amazon wasn’t mentioned once by Shopify (and really no need as Shopify is deeply connected to Amazon), but the CEO Tobi reminds me of is Jeff Bezos. Tobi is looking out many years ahead and trying to think how the world can create more entrepreneurs, it’s a passion for him that resonates through everything he does. Bezos is laser focused on his commitment to providing the best customer service and Tobi is committed to providing merchants the simplest way to sell online.

Satish came out onstage with a number of POS updates:

Daniel came out with VR and AR updates:

Cynthia came out for Shopify dashboard and feature updates:

Michael came out to discuss Kit and chat updates:

There is a lot here! If you want more information on Unite and the announcements, check out this write up on the Shopify Blog.