Hammerhead is building the future of cycling by only building products they believe will be the best in their class, and are fully focused on making Karoo 2 the world’s best cycling computer. Hammerhead came to Ambaum in early 2021 looking for a development partner for their website hammerhead.io and to create four new expansion stores in CA, AU, UK and EU.

We initially helped Hammerhead with writing scripts in the Shopify Plus script editor for discounts and custom logic to support various marketing campaigns. Hammerhead utilizes Klaviyo for email marketing automation, which we used to set up promotional emails with unique/dynamic discount code fields.

Prior to working with Ambaum Hammerhead was using a page builder for most pages on their website. We rebuilt their homepage, multiple PDP templates, and tweaked collection templates, and cart using ThemeKit. A major part of the rebuild was creating a new system to sync data across all five stores. We needed to make sure shared data could easily be synced across all five stores, while ensuring store-specific data could be added/updated. We used the US store as the base, deploying to all four expansion stores at once using code, which minimized manual work. Since the website was built pre Shopify 2.0, we utilized metafields on the product detail pages where we used metafields to be able to add, remove and rearrange sections.

As Hammerhead’s development partner, Ambaum has not only helped with maintenance work, but also solutioning future designs, building new custom features, and efficiently deploying data and theme updates across all stores.

Ambaum has been Pro Compressions agency of choice through their rapid calling first lending support in simply a fractional development to designing and developing their new front-end Shopify Plus store (2022).

Regional ready-to-drink cocktail in can brand.

Dewey Crush is a Delaware-based brand with the tagline: We Canned Summer. Their initial three products were designed to take full advantage of the exploding ready-to-drink (RTD) canned cocktail segment of the alcohol and spirits category. Ready-to-drink cocktails are the fastest-growing alcohol product in the country right now, and beverage companies and industry experts are predicting even more growth in the future.

Ambaum was approached in 2021 to form a digital strategy that contemplated zero eCommerce initially but with a changing legal landscape in retail alcohol sales, something that could easily morph in the future to accommodate. So basically, build it on the platform they will eventually fully-leverage for eCommerce – Shopify.

Tactically the work involved setting a roadmap for digital growth and building out the eCommerce stack to accommodate all marketing and features they will be using in the future, but doing so without technically turning on product sales. So this involved building out flavor pages and turning off any sort of shopping functionality, rather pushing users to find their crush at local stores in the Mid-Atlanic. Beyond that relatively light merchandise sales were turned on to offer some level of shopping. But this was done more so as practice then it was for any level of revenue growth.

Behind the Scenes With the Ambaum Rebrand

BTown Web, a Seattle based Shopify Plus agency, announced they have fully rebranded to Ambaum Labs, LLC, or Ambaum for short. As a Shopify Plus Partner Agency, Ambaum brings both merchant and agency experience – helping clients navigate and grow their business through the online shopping path. With a seasoned team of Shopify Plus developers, the agency supports client’s technical needs with site development, migrations, integrations and custom development.

Over a cup of coffee from Seattle’s Seven Coffee Roasters (Ambaum client), we went behind the scenes to chat about the exciting rebrand with Founder & CEO Chad Fisher and COO David Stober.

“I grew up in Burien, Washington and the name BTown Web was a special name for me when we created the company 7 years ago. The Company began its life in a one-room office next to a small ‘locals’ restaurant in downtown Burien called Angelo’s. Like the restaurant and City of Burien, BTown Web was started with grit and boot-strapping with my first two development hires, Andrew Crawley and Matt Peters (both still with the Company). Early on, our small little Company cut our teeth on custom WordPress, WooCommerce and really any other little development projects we could take on. We not only survived in the early days, but managed to add team members and more clients. Fast forward to 2014 when everything changed with the broad acceleration of eCommerce and the emergence of a new SaaS technology platform company Shopify,” said Chad Fisher.

What made you decide to rebrand?

“BTown Web was a perfect name in the early stages of our company, but as we grew it became clear we needed something with a broader appeal. One of our first Shopify Plus clients came by way of an elementary school friend of mine who I had recently reconnected with, David Stober.  David at the time was running a print manufacturing business that happened to be scaling to include online small-run custom print and packaging services as a Shopify Plus merchant (he later found out he was one of the first 50 merchants on Shopify Plus). Through this business relationship and friendship, one thing led to another and then in 2019 he and I began to map out a plan for David to join BTown. Then in 2019 David formally came on board as COO to help scale our growing Shopify Plus Partner Agency and one of the first things he began to drive was the need to rebrand,” explained Chad Fisher.

The meaning of Ambaum

“Ambaum is the road that our agency is located on in the heart of Burien, WA. Ambaum started off as a muddy wagon trail built in 1912 by locals with wheelbarrows, picks, shovels and hard work. Jacob Ambaum was a German immigrant from Ohio that had the inspiration for the creation of the road after which he is now named. Ambaum for us is a symbol of the hard work it takes to build something out of nothing and the power of connecting people and places,” said Chad Fisher.

Why should merchants choose Ambaum as their Shopify Plus growth agency?

“Ambaum is a team of Shopify Plus Experts, development professionals and business builders that partners with brands looking to grow their digital business and online revenue. Historically, selling online was at best a single channel and at worst, simply a box checking exercise for mos CMOs. In today’s commerce climate though, a digital strategy is no longer simply a nice to have – now digital is an absolute necessity which has been accelerated even more by Covid-19,” said David Stober.

“As fellow merchants, we have intimate knowledge of the daily challenges our clients face. The reality is there isn’t a one-size-fits-all method when it comes to scaling an eCommerce business. It takes an openness to change, correct context and a holistic approach. Success takes not only building a great digital foundation and the marketing systems to acquire customers, but also a true owner’s empathy- taking into account the broader business objectives and impacts to operations and finance.  At Ambaum,  we believe we set ourselves apart as an Agency by viewing our merchants through the lens of the merchant and really putting ourselves in the shoes of the business owner,acting as if it were our own Company,” continued David Stober.

A look ahead and the future of Ambaum

Chad and David shared that Ambaum aims to be the premier Shopify Plus Growth Agency for high-growth digital merchants and passionate brands. “We will accomplish this by heavily investing in our team of eCommerce and development professionals to scale a world-class organization that delivers best-in-class design, development, growth marketing and custom apps to our clients and the broader Shopify ecosystem,” said Chad Fisher. 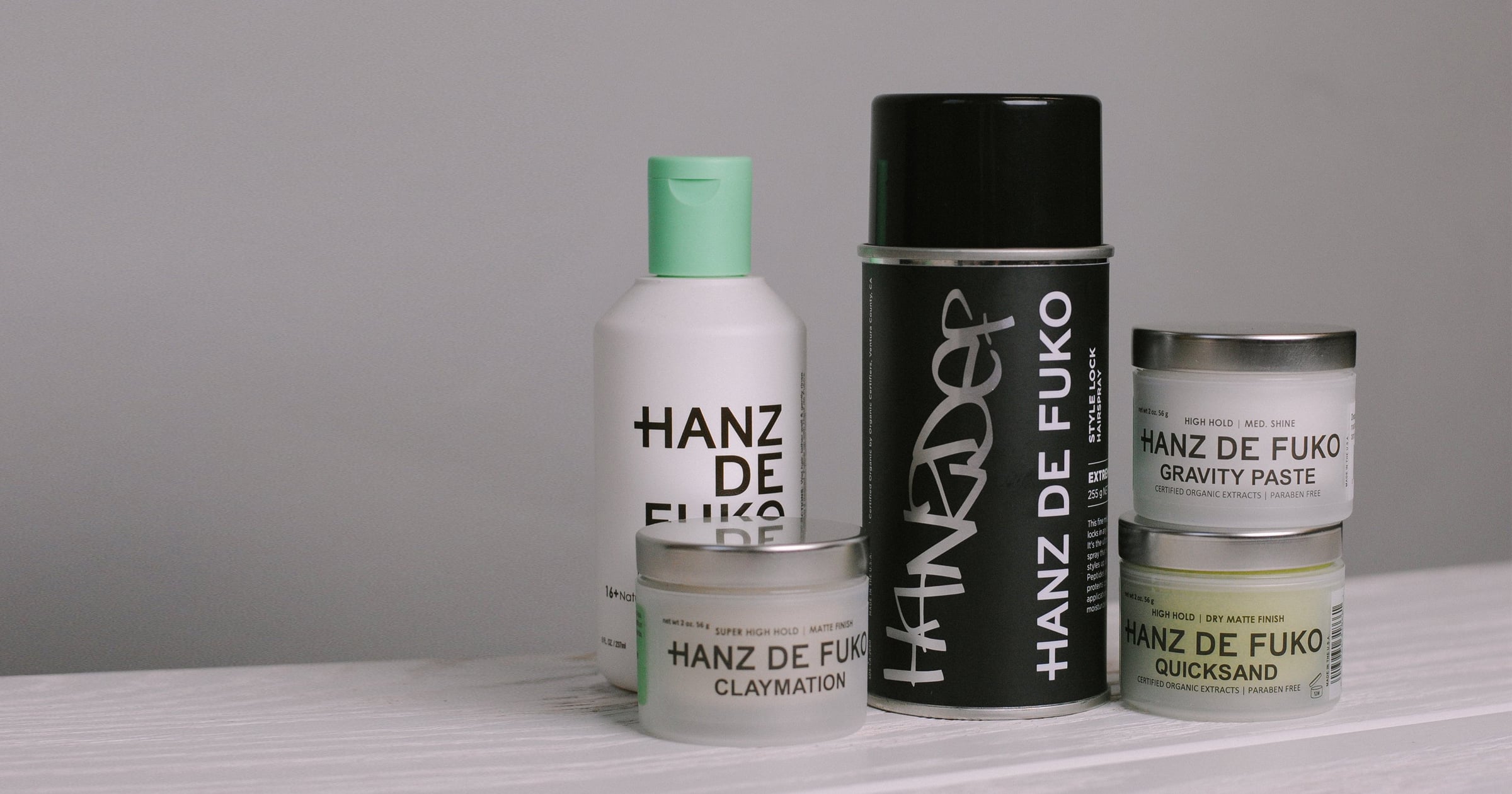 Ambaum has been providing development support for Hanz de Fuko’s Shopify Plus site since 2017. Hanz was founded in 2009 and revolutionized men’s grooming with high-quality products that spoke to creative innovation and self-expression. Ambaum has helped with general bug fixes like fixing the check out button so that it works on all browsers and cleaning up a problem with customer accounts where existing customers were unable to login.

A major (and ongoing) project that we help Hanz out with is their Hair Quiz and styling the slides and layout. The quiz is currently powered by Typeform and we helped create the logic for the questions and then the landing pages where customers end up which are product detail pages. The quiz for Hanz drives a significant portion of their revenue and is a feature they are constantly tweaking to get the most value.

Hanz has custom discount code for different offers and they track them by mobile and desktop, we have helped create and track the discount codes for their team. This system allows Hanz to get valuable insight into the codes being used, the type of device they are used on as well as create new codes for different custom offers.

In addition to programming work, we have also provided Hanz Google Ad consulting services. Initial work was the optimization of their keywords, negative keywords, ad copy and more to drive their CPA’s down to a profitable level. Each month we have a marketing manager continually refine their campaigns to focus on new products, trends in the industry and make sure that with all the changes they remain profitable.